…and it all started because of a global pandemic.

…and it all started because of a global pandemic.

Many things in business have changed because of Covid19. We were due to be flying out to Saudi Arabia in Q2 2020 to shoot footage about the role plumbing pipe material has in delivering safe water in the home. By April travel was restricted so we needed a solution.

Our immediate obstacle was:

How do we create footage for an audience in another country that is visually different from our own culture without leaving the UK?

Research and planning. Lots of it.

Why did we need this?

After developing a range of personas for our client, the seed of the idea was to target the ‘Homeowner’ persona. There are four personas, the other three are professionals delivering the product to the homeowner. The homeowner was a new persona, introduced to receive advice and guidance so they could make informed decisions and understand the different standards in the plumbing pipe going into their home. Our content – blogs, podcasts, brochures and videos, would explain terminology and the benefits of the systems on the market.

What did we want to achieve?

The plan for the video was to show the homeowner going about their day and how they interacted with water in the home. The video would then cut away to animation showing the unseen journey of the water through the plumbing system and how the plumbing system may impact on water safety. The animation and narration offered a comparison to the alternative piping systems on the market. Staffordshire based Carse & Waterman crafted a stunning visual for the animation, demonstrating the difference in quality of pipe in comparison to our client’s competitors.

Having pitched the video, the client went on to offer this high value asset to other regions in the organisation. The project grew rapidly. In the end, because the client’s product varied slightly from country to country and the competing systems were different as well, we ended up with 8 scripts to be edited from 6 filming days. It was a huge and very exciting project.

The reason for the 6 filming days comes back to the personas. It’s important that an audience recognises itself in what it sees, in the visual, the language and the concerns we answered. So CineRobota auditioned and cast 6 different families to attend on consecutive days, all going through the same storyboard of shots each day. There were many Covid-19 related considerations, such as finding families of actors & actresses with suitably aged children so that they could all be close together in the shots as well as completing licensing for the various local authorities.

The filming went off without a hitch. The films were expertly edited to the individual narrations in multiple languages and with various animations to complement the overall video series each client country was super pleased with the results.

How did it go?

We loved the result. The clients loved the result. Video forms a strong part of our marketing contract with this client, enabling us to capture the benefits of their products and distribute across EMEA. We look forward to showcasing our next project.

Key to the project was project and time management. With strict budgetary guidelines from the client, Socially Grown delivered the project on time and within budget. The videos were clearly defined by our initial marketing strategy handbook that was produced for our client, and based on our market research and analysis of their target audience. 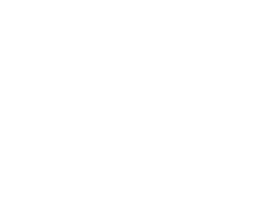 Fancy a digital coffee and chat?